Wow, what a great talent show we had at Tollcross Primary today. It was fantastic to see so many performers and listen to our talented musicians. Congratulations to our winners who treated us to an amazing hoola hoop display. Thank you to the choir for giving us a sneak preview of their performance for the Glee competition on Monday. Good luck from everyone at Tollcross Primary !
Thank you to Mrs Ewen and the Music Committee for organising Tollcross has got Talent for us today.

Good luck to all our lovely P7s, have a brilliant summer and a great time at high school !

Congratulations to Alex in P7 who received a gold award, for his achievements in problem solving, at Edinburgh University this afternoon. Alex received a silver award last year and was determined to go one better this year and get a gold award. A fantastic achievement. Well done, Alex

In February P7 submitted an entry to a competition run by the French Institute. We made a short video of The Very Hungry Caterpillar in French. This included illustrations by the class and a recording of every pupil speaking some French. Our entry was then submitted to the Scotland wide competition as Edinburgh’s entry in the P5-7 age group.

We said goodbye to our lovely P7s today and wish them all the best for High School. Thank you to Euan’s dad for piping us out of school. 🙂

Thank you to everyone who came along to our P7 Graduation Assembly this afternoon. It was lovely to see so many parents and friends. The P7s have been a wonderful class and will be missed by all the staff and pupils at Tollcross Primary. Best wishes to all our P7s and their families.

The girls were entered in the Sciennes festival for the p4/5 and p6/7 teams – there are 3 group stages with 4 teams in each group – to qualify for the final you need to win your group but you also need to be one of the two best group winners – winning your group isn’t enough – if you are the 3rd best winner you go into the 3rd 4th place play of with the best runner up. Like Scotland Tollcross/Bun sgoil taobh na Pairce have never been out of the group stages and never been in the final or the play offs. But this year we drew 0-0 with a strong James Gilliepie’s team with some great save from Alana in goal – next game we won 1-0 against Pentland with a great goal from Myriam – to have any chance of getting into the play offs or the final we needed to beat Craiglockhart and we did 1-0 with a great goal from Niamh – great defending from Alanna and Niamh and brilliant midfield play from Sade, Niamh and Issy – Vaila (who is in p3) played all over the park and nearly scored – we got to the final where we lost 2-0 to a very strong Sciennes – team – but who cares our best ever result. The p6/7 team of Katie, Amèlie, Eilidh, Georgia, Lily, and Mollaidh did really well losing 2 games 2-0 and drawing 0-0 in their last game – they did brilliantly as they only had 6 players for two of the games well done to all the girls you made the school proud. 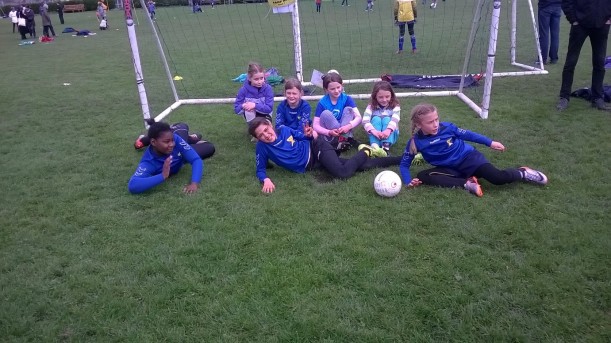 Our P7 pupils took part in a city wide Mathletics Challenge last week organised by Edinburgh Libraries. Our P7s really enjoyed the challenge and were able to practise key maths skills both in school and at home. Tollcross was the winning school and we have been awarded a free one year subscription to Mathletics. Abby Waddell was the over all pupil winner, competing with pupils all over the city to achieve the top score.  Congratulations to Abby !

Comments made on our blog …

Thank you for visiting our school blog...